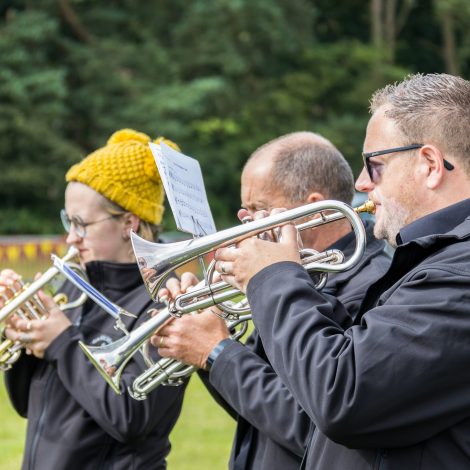 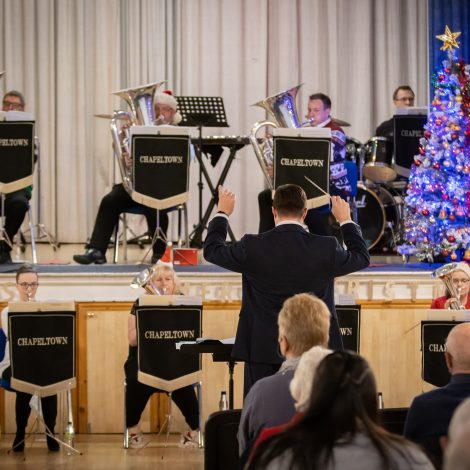 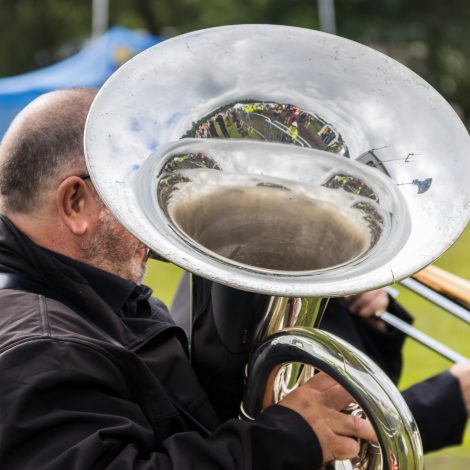 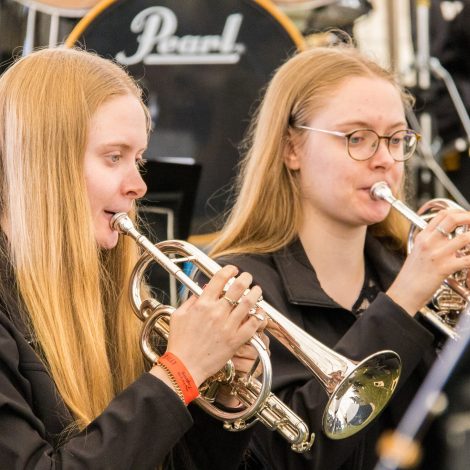 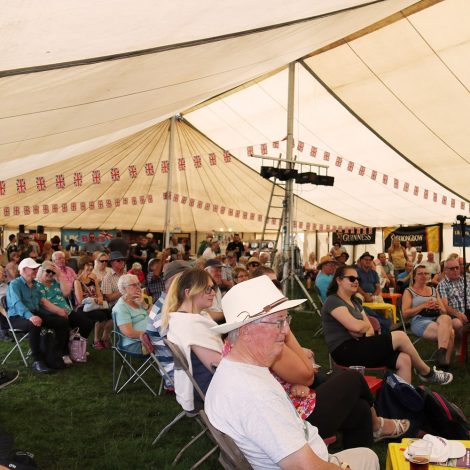 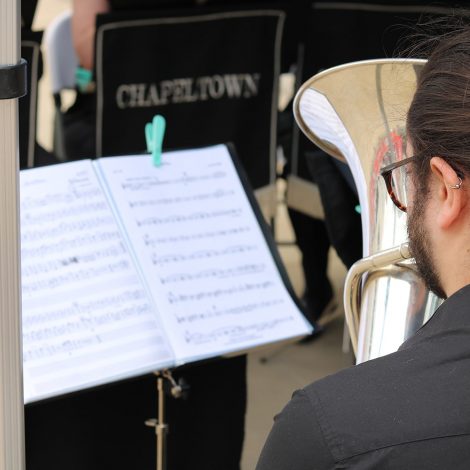 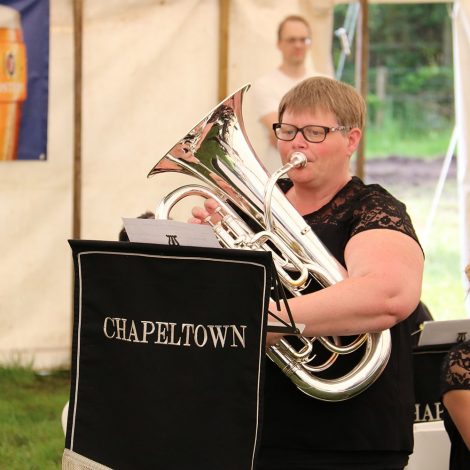 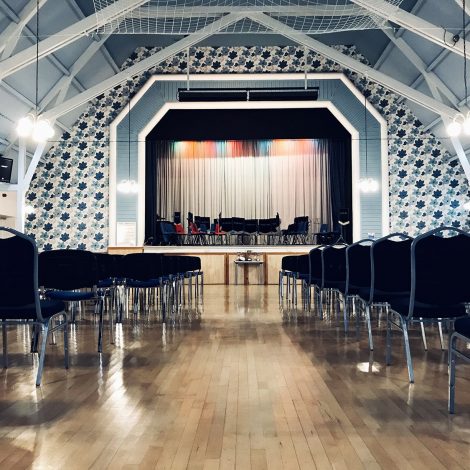 Chapeltown Silver Prize Band, now based in High Green, North Sheffield, was formed during the 1870s and has always had its roots planted firmly in the community whose name it carries.

The band is extremely active in the local community, self-promoting formal concerts at Newton Hall, Chapeltown four times a year and performing, annually, on the bandstand in the park. On behalf of the Royal British Legion, they lead the village Remembrance Day service and parade and participate in the community carols in the Memorial Gardens and The Wagon & Horses (Wetherspoons) each December.

It is a family orientated band, with the players’ ages ranging from 13 to 70+. Many of the players live locally, but some travel long distances to attend rehearsals and engagements. The band receives no financial support other than its fees from engagements and fundraising, alongside generous donations from the local community and the loyal support of members of our patronage scheme. We are one of only a handful of bands playing at this level that survives without any form of commercial sponsorship.

Chapeltown Silver Prize Band are a nationally graded contesting band and qualified to represent Yorkshire at the National Brass Band Championships of Great Britain in Cheltenham in September 2019. This is the third time in five years the band has achieved qualification and were delighted to come away with a 2nd place result.

Born in Mansfield, Nottinghamshire, Colum began playing the Violin at the age of 7 at school before being able to learn the cornet at the age of 9. After realising he enjoyed playing the cornet more, he moved to Secondary School leaving the Violin behind. Throughout school he worked through his performance grades and in 2007 became the youngest member in the school’s history to achieve grade 8.

Since the age of 10, Colum has been playing in Brass Bands, firstly at Ireland Colliery Band in Chesterfield, Riddings Band in Derbyshire and Blidworth Welfare Band in Nottinghamshire and has made appearances with Yorkshire ‘Imps’ and Deepcar bands in Yorkshire. In April 2018 Colum was invited to join Grimethorpe Colliery Band and the rest as they say is history. Colum has conducted various brass bands in the Midlands including Foss Dyke and Shirebrook Miners Welfare. He also continues to be the Musical Director of the Newark and Sherwood Concert Band, a position he has held since 2013, as well as being involved in a musical theatre production last November. He also enjoys learning other musical instruments including Bass Guitar and the Organ. In November 2021 Colum was accepted onto the Association of Brass Band Adjudicators Training Programme and completed his first assessment in February 2022.

In his professional capacity, he is a fully qualified Funeral Director and Embalmer with A.W. Lymn in North Nottinghamshire and is one of the youngest examiners for the National Association of Funeral Directors.

Colum is no stranger to the band having worked with us on previous occasions including concerts at Blackwell, at the Newton Hall and at Cromford Steam Rally. The band is really looking forward to working with Colum and to a long and successful partnership.