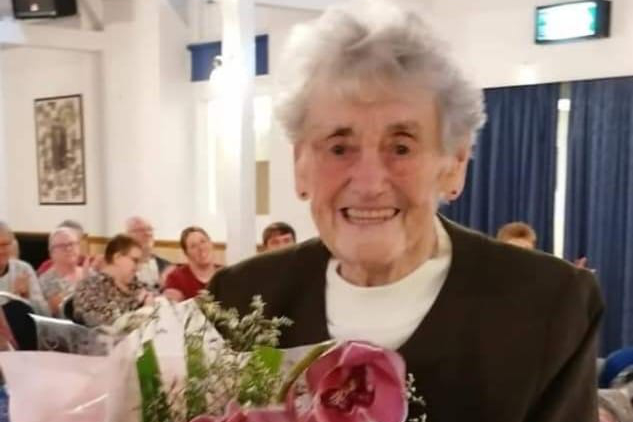 The band are shocked and saddened to announce that after a short illness, long standing Patron and supporter of the band Marjorie Wilkinson has passed away.

Marjorie has been involved with the band for many years, as her husband Neville was a player and former Vice- President of the band and her son Paul is a player and Chairman of the band. Over the years, she has worked tirelessly on behalf of the band as a member of the ladies committee, a Patron and supporter.

Our followers may remember the Patrons Concert in April, where we presented Marjorie with a bunch of flowers as a thank you for the donation of new stand banners, in memory of her late husband Neville.

On behalf of all the band and officials we send our most sincere condolences, love, and support to all Marjorie’s family especially her son Paul, daughters Linda and Joanne and all their families at this difficult time.

Rest in peace Marjorie you really will be missed.

Sadly other members of the band have lost a loved one over recent months and we continue to send them and their families our love and support.