“Save Our Brass Bands” 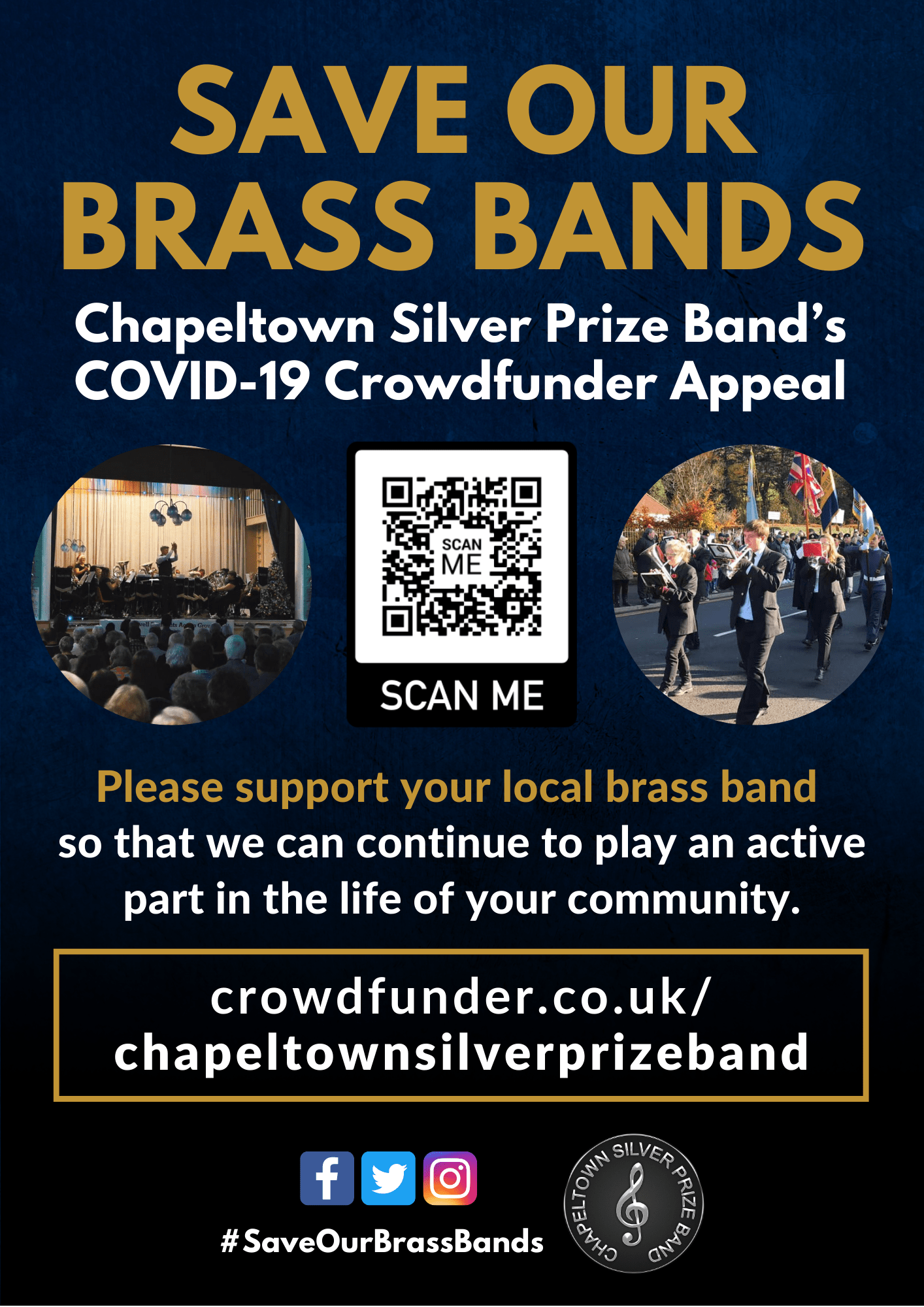 Please support your local brass band so that we can continue to play an active part in the life of your community.

For more details of what we do, why we need your help, how to donate and to claim rewards, please visit our Crowdfunder page: